Destroy the Lies That Bind
January 2012 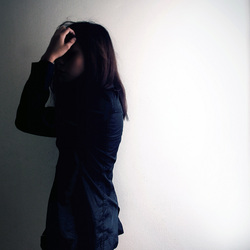 If you take a tea bag, place it in a cup, and fill the cup with hot water, the water activates the tea in the bag. The hot water doesn’t make the taste; it simply reveals what is already in the bag. This is much like the life lessons I have experienced in 2011. This year was a very trying, yet informative one for me.  I learned a few more truths about myself and discovered yet more layers of the proverbial onion that needed to be peeled back.

The first four months appeared to fly by and them I hit a speed bump that made the rest of the year seem to pass at a snail’s pace.  Then situations began to snowball and I was forced to stop and take an inventory of the damage and the causes.  The result was me having to adjust my attitude and the way I viewed myself. There were still some lies that I was telling myself, but they weren’t evident until I ran into problems.  If there’s one thing that makes it painful and nearly impossible to change your life, it is faulty thinking and lies that block your view of the greatness that lies inside of you.

The truth is there will always be negative parts of your life experience; but it’s easier to deal with when you realize that all things exist for a reason. You aren’t falling apart just because your marriage fell apart. Losing something or someone doesn’t make you a loser, being financially “broke” doesn’t break you, and failing doesn’t mean you’re a failure. You only increase your suffering by deceiving yourself into believing that the situation has more importance in the big picture than it truly does.

Lie #2 is “I have to measure up to other people’s standards and expectations.”

You are here for a purpose and you uniquely created for that job. No other individual could ever do a better job of being you than you. With that being said, every time you compare yourself to someone else it is a waste of time. The only person worth measuring yourself against is you. Also, it is important that you understand that taking responsibility for your actions does not mean blaming yourself for the situation. The Blame Game is about passing judgment, which is a dead end street. Taking responsibility, however, is healthy and opens the door of progress to recovery from your situation. Take responsibility for your life without wasting time blaming anyone else or yourself.

Lie #3 is, “Everyone is worried and annoyed by this thing about me.”

The truth is it may seem that people are judging you in some way that you actually see yourself, but people are paying much less attention to you than you truly believe. In fact, most people are too busy dealing with their own faulty thinking patterns to spend any significant time worrying about yours. Each of us is our own worst critic.

Your feelings are a direct reflection of your thoughts and you have complete control over your thoughts.  Whether you exercise it or not is purely another matter. When you get angry, you don’t have to stay angry. There are a multitude of other emotions from which to choose and this holds true with the other emotions that tend to steal our joy when we are in the midst of a crisis.

Whether in a relationship or at work, many of us believe that if certain things happen, it is justification to rely on own faulty thinking that we have accepted as our truth.  If your employer didn’t promote you, it doesn’t necessarily mean your work was not acknowledged.  In a relationship, if you were lied to, it doesn’t necessarily mean your partner does not love you. Often it is necessary to accept the reasoning of the other person, not take the actions personally, and to learn to challenge the way you come to conclusions.  Consider the fact there may be other meanings to the action that may exist.

It is my hope and prayer that this list will assist you as you choose to challenge any faulty thinking beliefs that may be hindering you from moving forward in the New Year. Rather than going through 2012 with the same disappointments of years before, choose to change yourself and your life. The key to that change is letting go of the lies that bind.

This article may be viewed at http://blackwny.com/relationships-2/httpblackwny-comp4476#
Powered by